Under the current powers afforded to NSW Police, the Law provides that a warrant is to be obtained before a police officer can search a premises.

Section 47 of the Law Enforcement (Powers and Responsibilities) Act 2002, provides that a police officer can apply for a search warrant under a reasonable belief that there is, or will be within 72 hours, a thing in a premises connected to a searchable offence. This includes a drug-related offence.

The recently elected NSW Coalition government seeks to expand police powers in an effort to combat the continuing supply of illegal drugs by organised crime gangs.

With the introduction of a Drug Supply Prohibition Order, a police officer will have the power to search homes and cars of convicted drug dealers at any time without a warrant, if they are suspected of continuing to engage in drug-related crime.

Police will be able to apply to the Court for a Drug Supply Prohibition Order against a person who has in the last 10 years, been convicted of a serious drug-related offence, such as the supply or manufacture of prohibited drugs.

The Drug Supply Prohibition program is to operate as a two-year pilot program in four police commands: Bankstown, Coffs-Clarence, Hunter Valley and Orana Mid-Western. After its initial 2-year phase, the effectiveness of the program is to be assessed for a potentially broader application across the State.

What does this change mean?

Premier Gladys Berejiklian said in relation to the proposed changes that, “Community safety is the highest priority of the NSW Liberals & Nationals Government, and I want convicted drug dealers to know that they will have nowhere to hide if they want to prey on, and profit from, the people of NSW”.

Minister for Police Troy Grant also spoke in support of the changes, stating “As a former police officer, I’ve seen the harsh reality of illegal drugs in our communities, and I’m confident that these orders will help our police take the fight to drug dealers, and show them that we will not tolerate having this filth on our streets”.

Equally as important however, is the protection of civil liberties enjoyed by each and every member of our community, and ensuring that such liberties are not infringed upon. This is a difficult balancing exercise which calls for the introduction of appropriate measures ensuring strict adherence to both existing and any expansion of police powers. 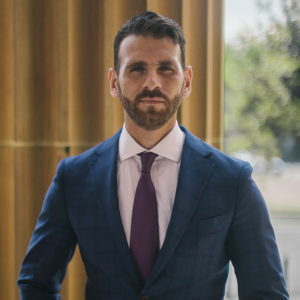 Baraa utilises his extensive experience and insight of the law to advise and act for clients across multi-jurisdictional investigations and prosecutions. Armed with a natural instinct in identifying legal issues and a unique attention to detail, Baraa is continuously able to offer his clients strategic and dependable legal advice.

With a team of highly trained lawyers, T&S Law Firm continue to offer innovative and strategic solutions, delivering a level of service that is parallel to no other in areas across: litigation – commercial law – property & conveyancing – family law – criminal law.

Another project by OnePoint
Scroll to Top